You are here: Home1 / News2 / Career Beat3 / Technological Advances in Ophthalmology, Past, Present and Future –... 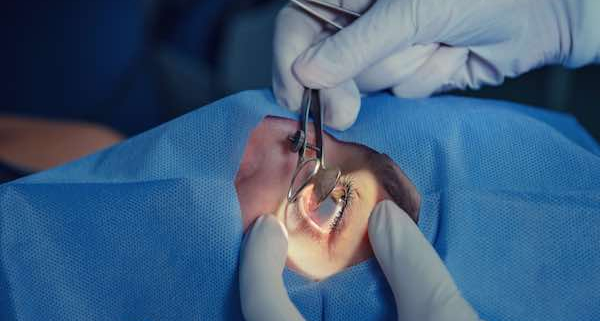 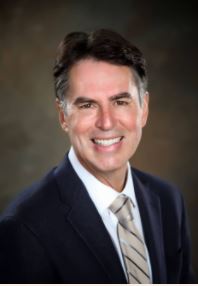 PhysEmp CEO and Founder Robert Truog interviewed the veteran ophthalmologist about his work in the field and recent technological innovations.

Bob Truog/PHYSEMP: You did your residency in ophthalmology, winding up in 1983. You’ve obviously seen a lot of transformation in the field. What are the key advances you’ve seen in cataract surgery?

Dr. Cutler: When I started out then there were two ways to do the surgery: the “old” and the “new” way. The old way required making a large incision in the eye and sealing it with 6-8 stitches. Patients would then have to endure a 2-month healing process. There was no lens implant in the eye back then, so people ended up having to wear these big Coke-bottle glasses for the rest of their lives, which did correct their distorted vision (as well as magnified it). That was the old way.

PHYSEMP: And the new way?

Dr. Cutler: In the ‘60’s, an ophthalmologist named Dr. Charles Kelman had a revelation that he could remove a cataract through a very small incision. He used an instrument that he invented that used ultrasound to create a cavitation energy that broke up the cataract. It was called  phacoemulsification. His first instrument looked a little like a fountain pen. The incision made was tiny, requiring just a stitch or two, and healed relatively fast. The addition of intraocular transplants was kind of like taking the big Coke bottle optics and putting them inside the eye in the form of a tiny lens.

PHYSEMP: It was a marriage of two technologies: small-incision cataract removal and an implant.

Dr. Cutler: That’s right. There was a considerable learning curve for ophthalmologists who were starting to do it that way, mostly in learning to manage the ultrasound-driven handheld instrument.

PHYSEMP: That must have changed the field a lot.

Dr. Cutler: It was actually very controversial at first. But things evolved, as many ophthalmologists felt that the benefits of the new technique (and others as well) outweighed the risks.

PHYSEMP: That’s a lot of change coming at you right out of your residency.

Dr. Cutler: The ‘80s and ‘90s were an incredible time to be doing this work because of all those advances. Foldable intraocular lenses were being developed that could be inserted through a small incision. And incision techniques improved, becoming suture-less themselves. Anesthetic eyedrops came to replace the injection anesthesia.

PHYSEMP: How widespread of an issue are cataracts?

Dr. Cutler: Cataracts are the leading cause of blindness in the world. When I started out in practice, about a million surgeries were being done a year in the U.S. Now, it’s almost 4 million, mostly due to the large population of aging Baby Boomers who need the surgery. From Medicare’s point of view, it’s one of the highest volume procedures for which they’ll reimburse, so it’s a big deal economically as well.

PHYSEMP: Where do you see the field heading?

Dr. Cutler: We’re continuing to see many refinements, but in my view, on a somewhat smaller scale than in those early days that saw so much change and growth. The platform on which we do the work hasn’t fundamentally changed since the ‘90s.

PHYSEMP: How does cataract surgery compare to LASIK?

Dr. Cutler: They are different surgeries. In LASIK, a laser reshapes the cornea, trying to eliminate the patient’s near or far-sightedness to reduce their dependence on eyeglasses. Cataract surgery restores vision by removing the clouded lens from inside the patient’s eye. But LASIK so captured the American imagination that it really changed things for people who needed the cataract surgery. Patients now are putting new expectations and demands on us cataract surgeons as far as optical outcome. Patients didn’t want to have to wear their glasses after surgery, like people who’ve had LASIK surgery.

PHYSEMP: Cataract surgeons had to start to think more like refractive surgeons?

Dr. Cutler: Exactly. The techniques of measurements, the preoperative work we do, the calculations and formulas had to be refined to get a more predictable outcome, both refractively and optically.

PHYSEMP: We’re seeing technology transforming the way that we live, travel, and work, from our use of Google and Amazon to Airbnb and Uber. What’s another example of a technological advance in ophthalmology?

Dr. Cutler: The advances are usually incremental. For example, some patients dislike using eye drops after cataract surgery, which is required. Work is now being done on drug implants—slow-release meds we can place in the eye right after surgery that require nothing for the patient to do, other than them having to use the drops.

PHYSEMP: Tell me a little about you personally. Why did you choose ophthalmology? What was it about the field that appealed to you?

Dr. Cutler: When I was in medical school, one of my professors said to me, “Medical students are very stimulated to learn, so you could probably have any career you want in medicine.” When I asked for help in picking a specialty, he said, “Pick a lifestyle.”

PHYSEMP:  So, that influenced your decision?

Dr. Cutler: It was good advice. I loved ophthalmology. But what he said landed with me. He added this: “Your lifestyle, if you were to become an obstetrician, for example, would be far different than that of a dermatologist. Decide which kind of a physician you are and want to be.” I recalled how much I liked my ophthalmology rotation. Not only the work, but the eye doctors seemed to be contented and relaxed. They smiled a lot. That appealed to me. It was an indicator.

PHYSEMP:  It seems to have worked out.

Dr. Cutler: I’ve had a wonderful career. It began with learning and practicing the “old” way of surgery, then evolving to thenewer, better ways. I’ve seen many advances over the years.

PHYSEMP: What’s been most fulfilling for you?

Dr. Cutler: Knowing that I’ve helped so many people. That’s been a great source of happiness for me.

Your future job, in your inbox

We’ve been helping physicians find great opportunities for over 25 years. During that time, we’ve learned a few things about your crazy lifestyle. It’s why we only connect you to reputable employers. It’s why we keep your information safe and protected. And it’s why we save you precious time with email alerts for relevant jobs. This all just makes good sense to us.

What’s New At PhysEmp? Find Out with PhysEmp’s ‘The Pulse’...
Scroll to top